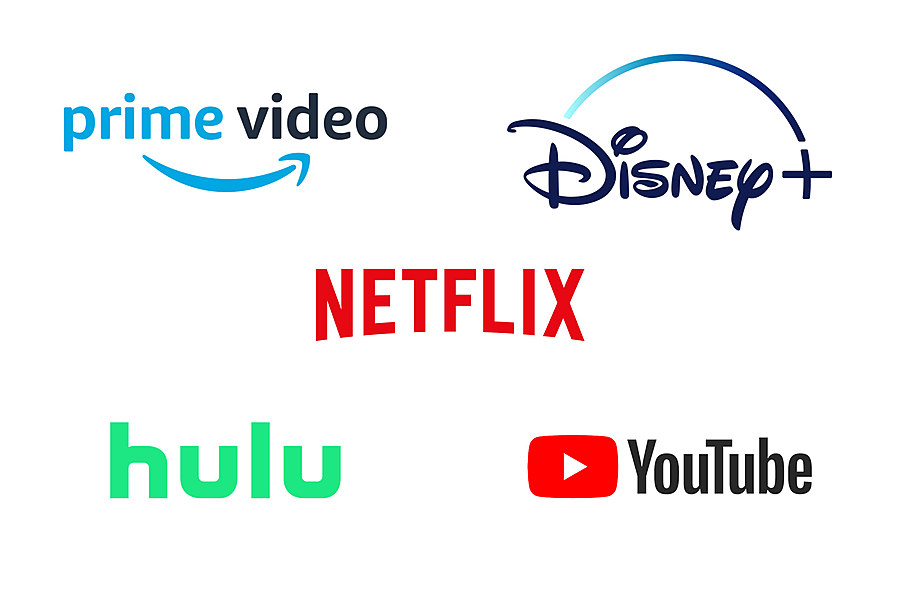 In the past 70 years, television viewers have gone from picking from a few channels to flipping through hundreds to scrolling through thousands of options on streaming services. Audiences are spoiled for choice, but even before starting to watch something, decisions have to be made about which streaming service to even subscribe to. From free sites to budget streaming services to more expensive options, there’s a lot to sort through.

Whether you’re looking for a cable replacement, a place to watch award-winning series, a service the entire family can use, or a little bit of everything, one of the five streaming services below should work for you.

Read on to find out about the cost, offered movies and TV shows, and more from five of the best budget streaming services: Hulu, Disney+, Amazon Prime Video, YouTube TV, and Netflix. If you haven’t yet taken the plunge and signed up for one of them, now might be the time.

Cost: Hulu offers two basic streaming plans. There’s Hulu, which is $5.99/month and features ads, and Hulu Premium, which is $11.99/month and ad-free. There are also a number of add-ons. For prices ranging from $8.99/month to $14.99/month, users can add HBO, Starz, Showtime, and Cinemax packages. There are also features like an Unlimited Screens Add-on for $9.99/month.

What you’ll get: According to Hulu itself, there are “thousands” of movies and TV shows on the streaming service. These include recent releases (such as award-winning films Parasite and Portrait of a Lady on Fire), current TV soon after it airs, older films and series, and Hulu originals. Some popular original shows include The Handmaid’s Tale, The Act, Little Fires Everywhere, and Mrs. America.

Best for: Watching current TV right after it airs or anyone who also wants Disney+, because the $12.99 bundle is a pretty good deal.

Cost: Disney+ goes for $6.99/month, or for a yearly rate of $69.99, which works out to about $5.80/month. There’s also the aforementioned Disney+, Hulu, and ESPN+ package in the Hulu description above.

What you’ll get: Disney movies, 20th Century Fox movies, Disney Channel Original Movies, Disney series, Freeform series, and Pixar, Marvel, National Geographic, and Star Wars shows and movies. The service also has original content, with one of the most talked-about shows being The Mandalorian.

Best for: Families with young children — there is no rated-R or TV-MA content — but also anyone who particularly loves Disney, Star Wars, or Marvel. As noted above, anyone who also wants Hulu might be smart to get the Disney+, Hulu, and ESPN+ deal.

Cost: There are few ways to access Amazon Prime Video, some more budget-friendly than others.

But say you aren’t interested in everything else that comes with an Amazon Prime membership, such as free delivery. If that’s the case, you can also subscribe only to Prime Video for $8.99/month.

What you’ll get: Speaking only about Prime Video — not Amazon Prime and everything else it includes — you’ll get Amazon original series, such as Jack Ryan, The Man in the High Castle, and Modern Love, and films distributed by Amazon Studios like The Report, The Big Sick, and Late Night. You’ll also get access to a wide variety of other movies and shows, including releases from the past year.

Best for: People who are interested in specific series — if you want The Marvelous Mrs. Maisel, this is the only place you’re going to get it. Students or those who otherwise qualify for discounts. Anyone who already wants an Amazon Prime membership for its other benefits.

What you’ll get: YouTube TV isn’t a streaming service in the same way as the other options listed here. Instead it’s meant primarily for watching live TV, as you would with a cable provider. It includes around 70 channels, including ones local to your area. That said, you may not get all the channels you would with a cable provider. Notably, Viacom channels (BET, MTV, VH1, amongst others) are not included just yet, but will be added this summer. Subscribers can also DVR unlimited content (there’s no limit like with many cable providers) and watch series and movies on-demand.

Cost: Netflix offers three different plans that range in price from $8.99/month to $15.99/month, with the differences between them based on the definition in which you can stream and the amount of devices that can stream at once.

Basically, you have to decide how many people you plan on sharing your account with and whether you care about standard definition versus HD.

What you’ll get: Netflix has been reported to have over a thousand TV shows and several thousand movies, some new ones joining and others leaving each month. These numbers include a wide variety of movies and series, as well as popular Netflix originals such as Stranger Things and The Crown, and award-winning films like Roma and Marriage Story.

Best for: Anyone who doesn’t specifically need anything the other streaming services offer. With a wide variety, a history of acclaimed original movies and series, and no ads, Netflix is a solid overall pick.

Start Your Free Hulu Trial!
START MY FREE TRIAL
© Copyright . All rights reserved. Printed from https://ew.com
this link is to an external site that may or may not meet accessibility guidelines.