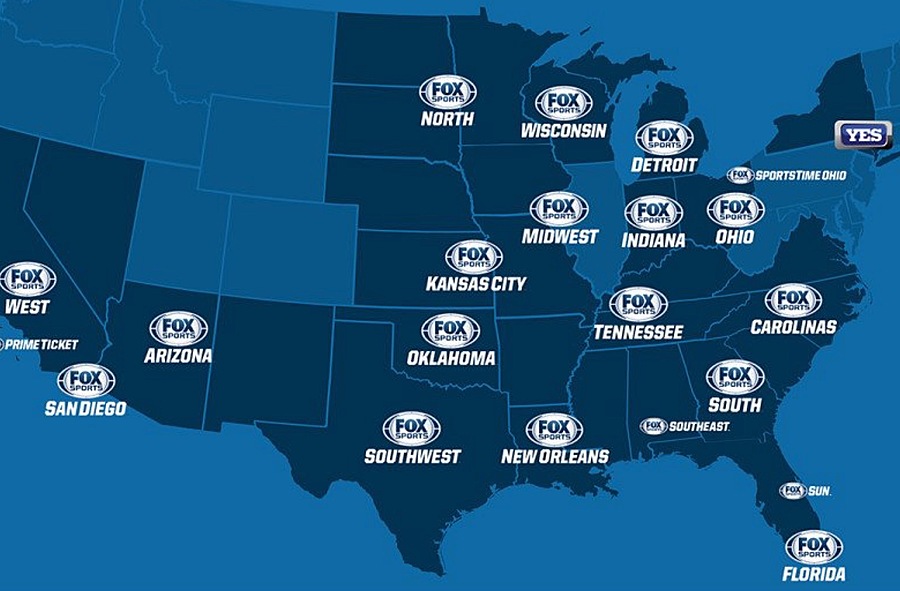 After a short-term extension in March, starting October 1st, it seems that Fox Sports Regional Sports Networks are now gone from YouTube TV for good.  The channels that are owned by Sinclair Broadcast Group, were acquired by Disney, after netting them as part of their deal for 21st Century Fox. FOX Regional Sports Networks broadcasts local telecasts of 14 MLB teams, 17 NBA teams and 13 NHL teams.

"To bring you 85+ channels, we periodically renegotiate contracts with content owners. In February, we announced we had negotiated an extension with Sinclair to continue providing FOX Regional Sports Networks (RSNs) through the end of MLB, NHL and NBA seasons.</p>

Now that the seasons are over, that extension is expiring. Starting October 1, 2020, FOX RSNs will no longer be available on YouTube TV. Members that are impacted will no longer have access to Library recordings from the FOX RSNs.</p>

This was a difficult decision made after months of negotiations. We hope we can bring FOX RSNs back in the future. We thank you for your membership as we work to make YouTube TV the best streaming experience. You will receive an email today if you are impacted by this change."

Sinclair has had a difficult time maintaining carriage on Live TV Streaming Services.  Last year, the channels were dropped by Sling TV, and in January by fuboTV.

"While we are disappointed that YouTube will discontinue carriage of the RSNs, we remain in discussions in an effort to find a mutually acceptable path to returning the RSNs to YouTube TV.

We intend to keep the public informed as to the progress of these discussions so that YouTube TV subscribers can make informed decisions regarding how to view the extremely popular programming carried on these RSNs."