How to Stream Super Bowl LV On Hulu 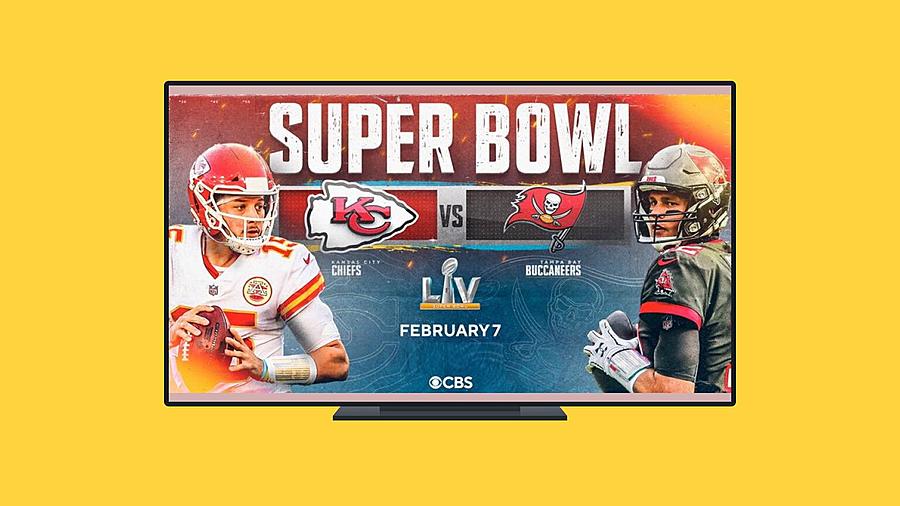 How to Watch Super Bowl 55 Live For Free

The pre-game kicks off at 11:30am ET, with Super Bowl Today starting at 2pm ET.

For the second time as an announcing tandem, Jim Nantz and Tony Romo will call the Super Bowl, along with reporters Tracy Wolfson, Evan Washburn and Jay Feely and Rules Analyst Gene Steratore.

Following their victory against the Packers in Green Bay, The Tampa Bay Buccaneers have ascended the totem pole to the Football Boss Battle of 2021: The Kansas City Chiefs, the reigning champions who defeated the Buffalo Bills 38-24, advancing to their second straight Super Bowl.

Leading the Buccaneers is star quarterback, Tom Brady, whose ninth Super Bowl appearance has him vying for a seventh ring. The Chiefs have up-and-coming Patrick Mahomes in their corner, however, and the guy's no slouch. Mahomes was awarded Super Bowl's Most Valuable Player for his performance in 2019-2020, becoming the youngest QB to win the title, and the second African-American to win the award after Doug Williams.

Besides seeing Mahomes and Brady go head to head, Super Bowl 55 is especially groundbreaking for other reasons: If the Chiefs win the game, it will be the first team to repeat since Brady's Patriots in 2005; an especially promising feather in the cap for Reid and Mahomes, as matching Brady would further signal his rising stardom. If the Buccaneers take home the Lombardi Trophy instead, however, it will also be historic: They would be the first team ever to win a Super Bowl in their home stadium.